One of the often overlooked features of pixelstick is how well it lends itself to creative mounting. Since our very first prototype we’ve been bolting, clamping, and otherwise attaching pixelstick to as many things as we could to get the best, most interesting results possible.

You may recognize this shot from our original video. If you look closely, in some of the frames you can see someone standing under the arc of the rainbow, giving a sense of scale. We were able to get such a large and smooth rainbow by clamping pixelstick to the end of a 12′ painter’s pole and pivoting at the corner, where the wall meets the ground. We used it again in the below shot, which allowed us to get massively long and tall rainbow arcs that were easy to see even perched on a roof across the street.

Extending is just one technique. Whether by taking advantage of pixelstick’s 1/4-20″ Rear Channel or simply by using a superclamp, people all over the world are getting even more out of their pixelstick by sticking it on things.

To get razor straight images, Jersey Island’s own Dave Huelin put casters on a lightstand and clamped pixelstick to the front, for a smoothly rolling apparatus. 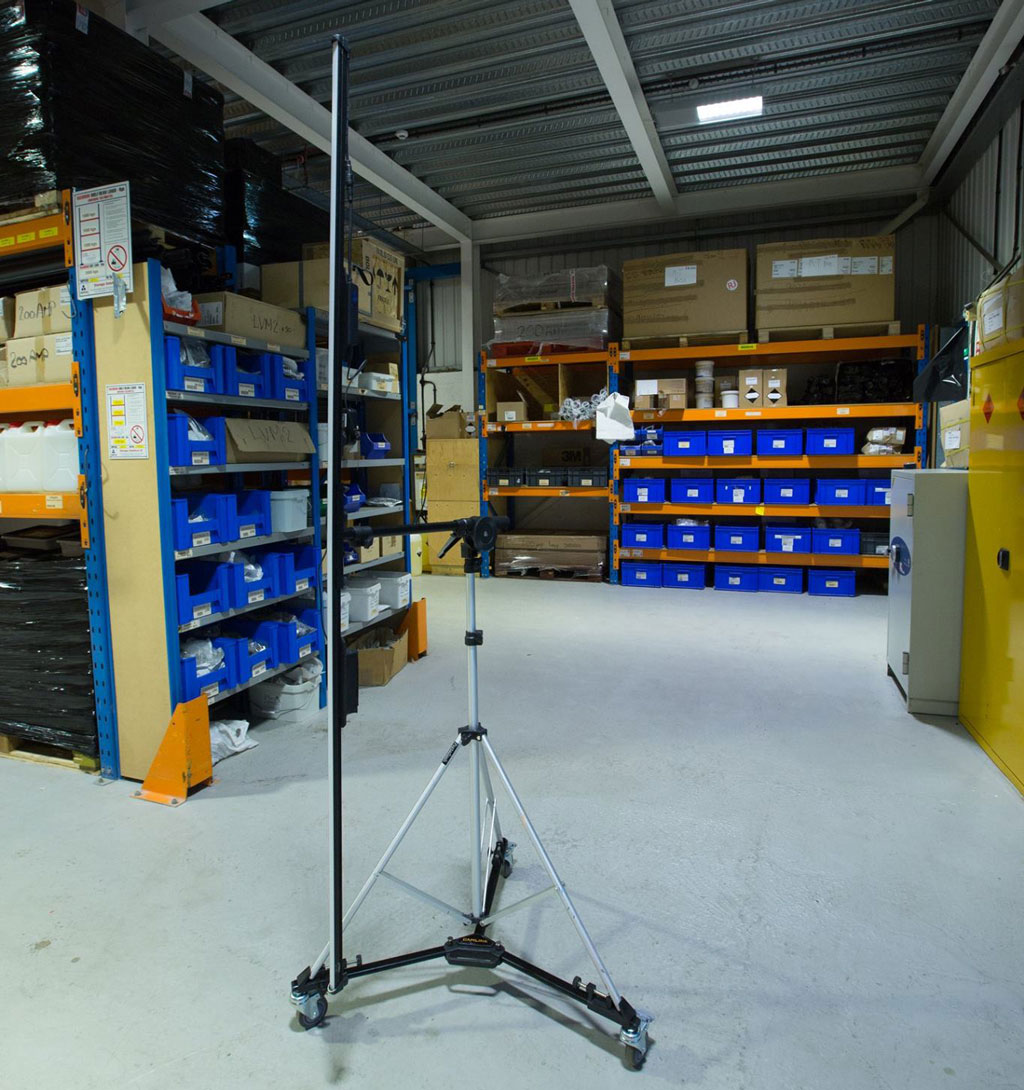 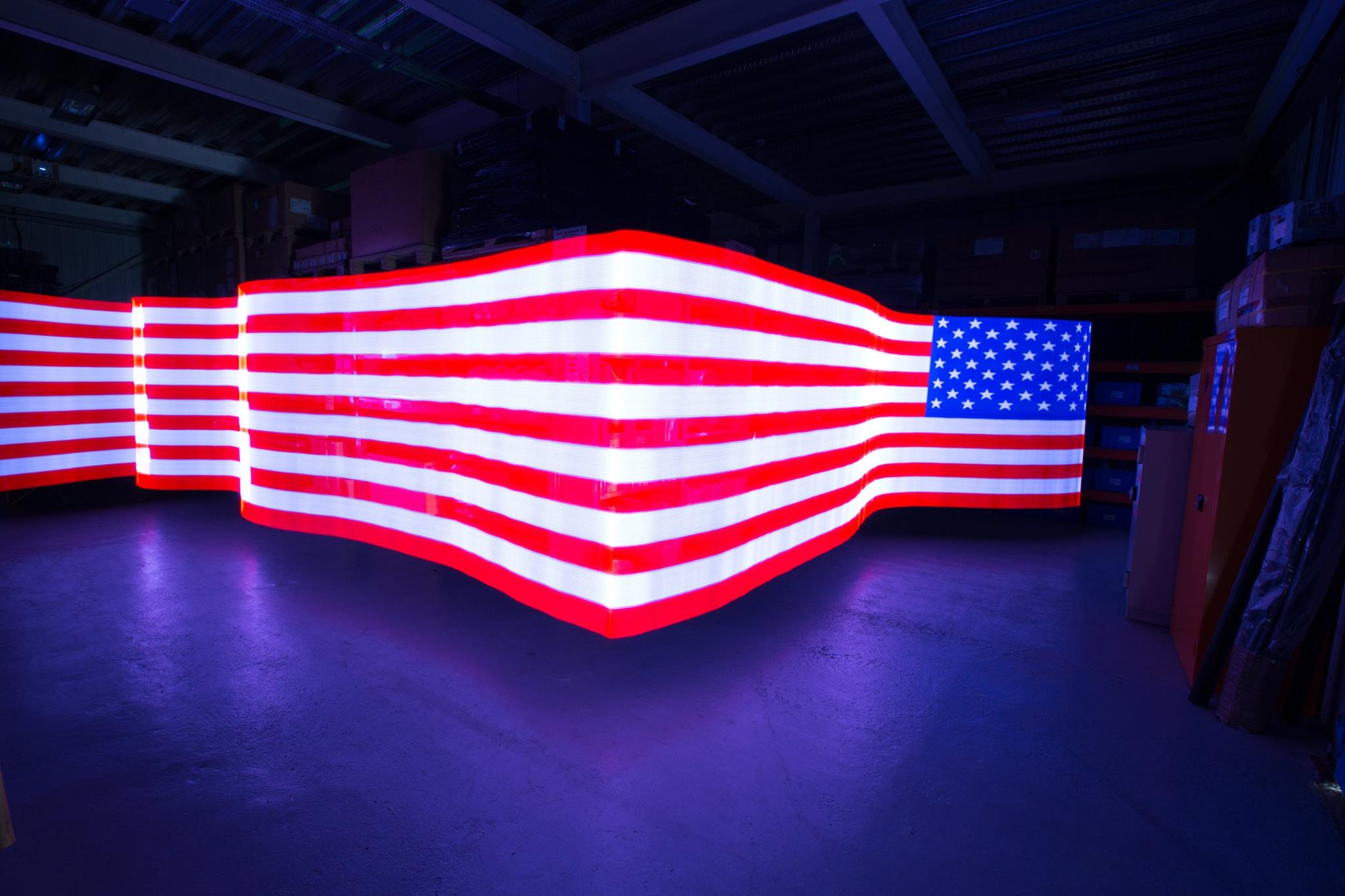 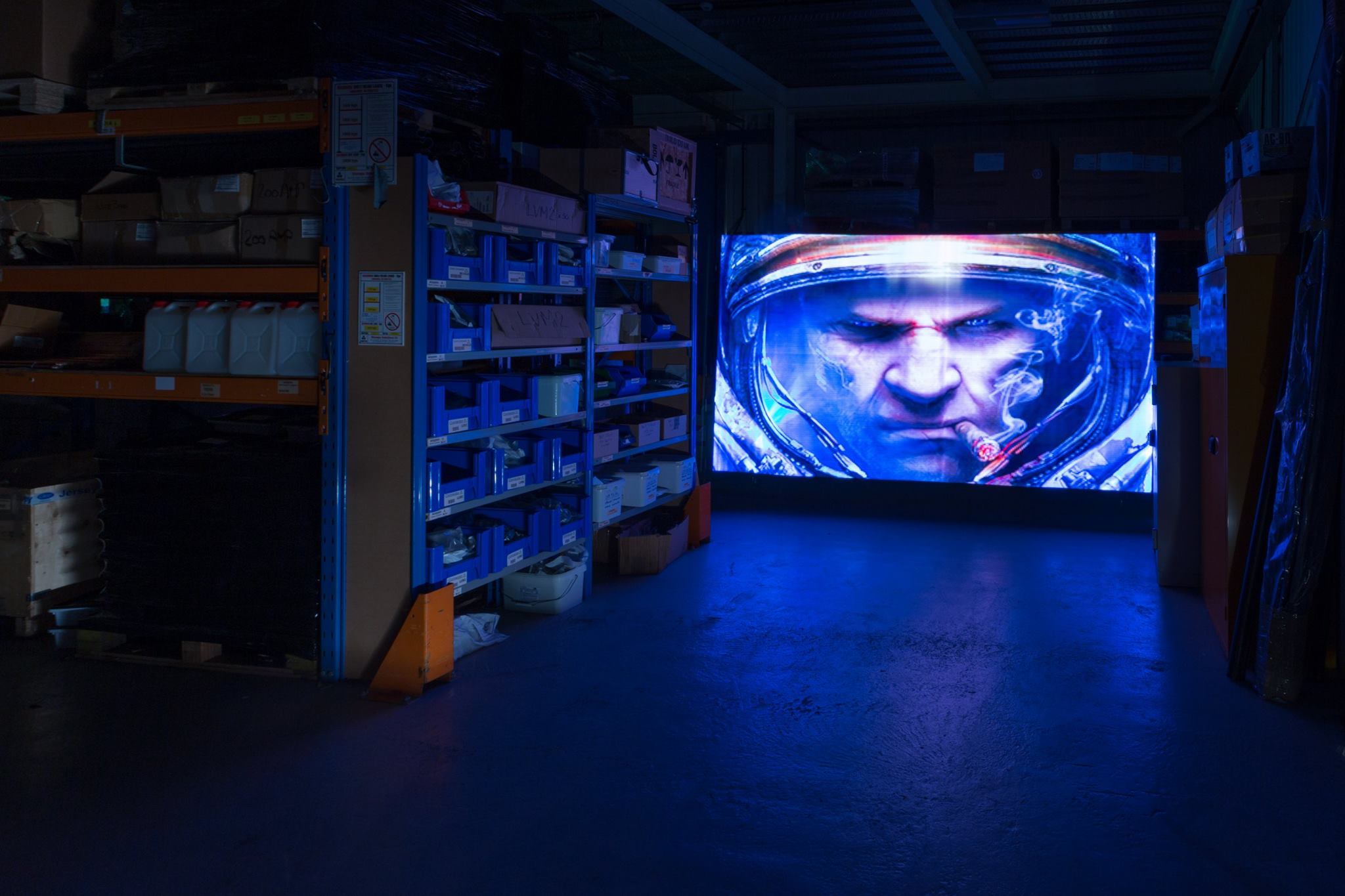 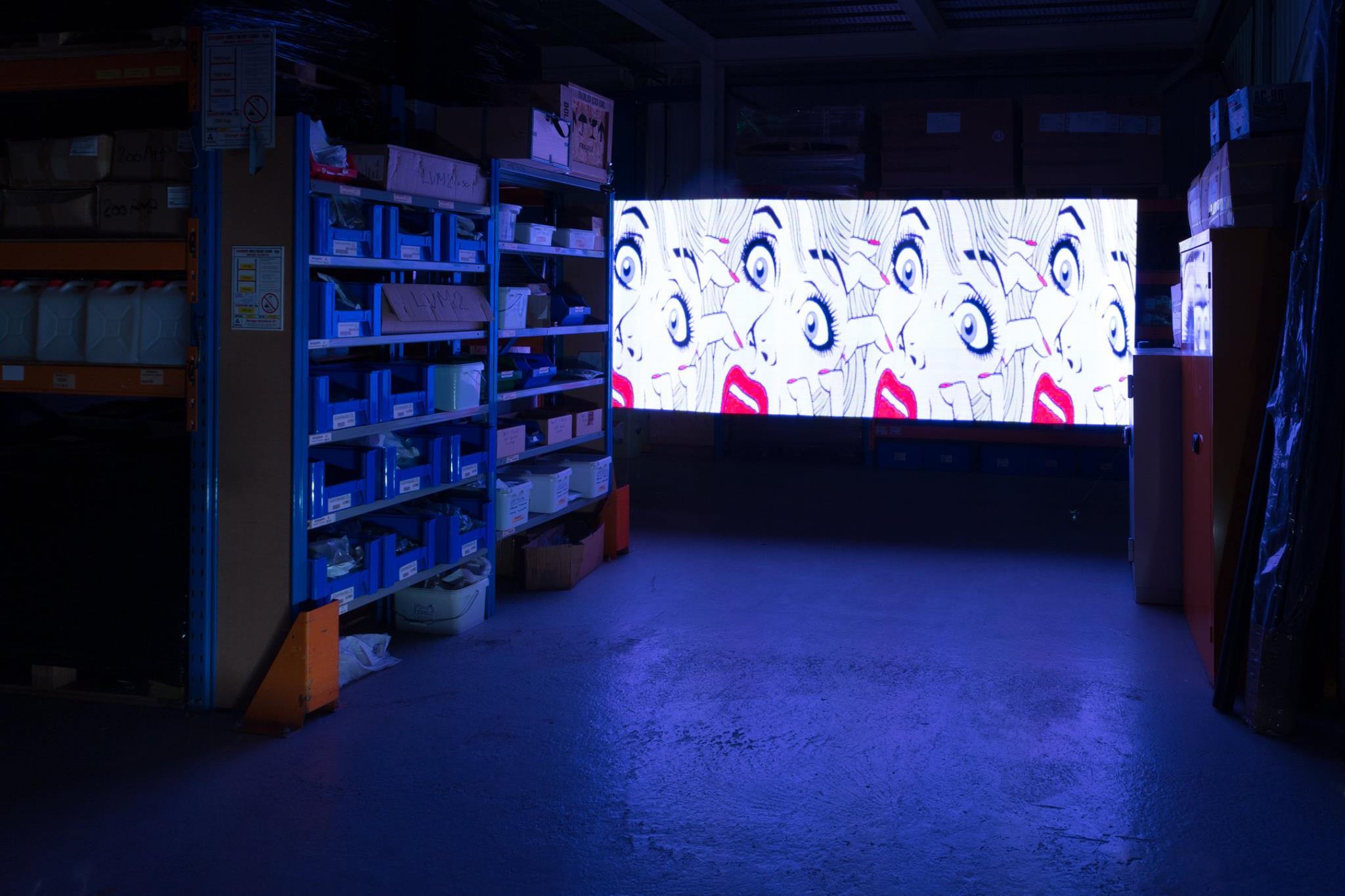 Achim Bossert went one step further and shot a full tutorial video for mounting pixelstick to some rubber wheels via the rear channel.

But the Pièce De Résistance of pixelstick mounting belongs to Chris Noelle and his team, who modified their pixelstick to mount on a factory robot, for some truly amazing results. 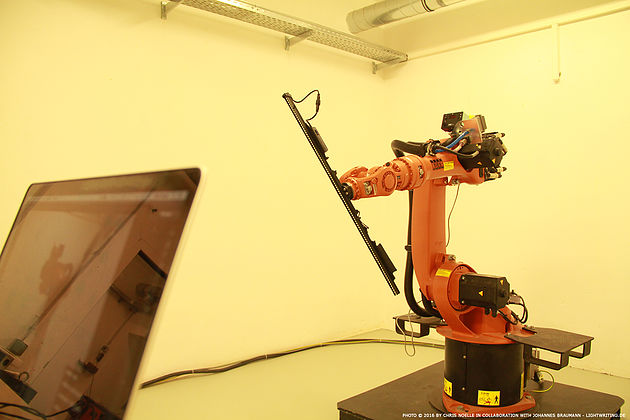 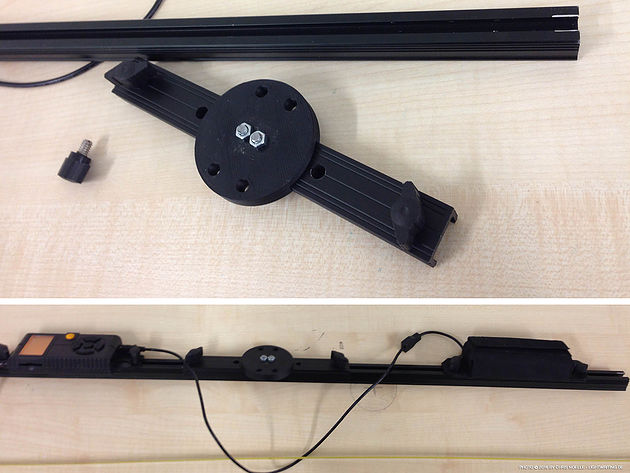 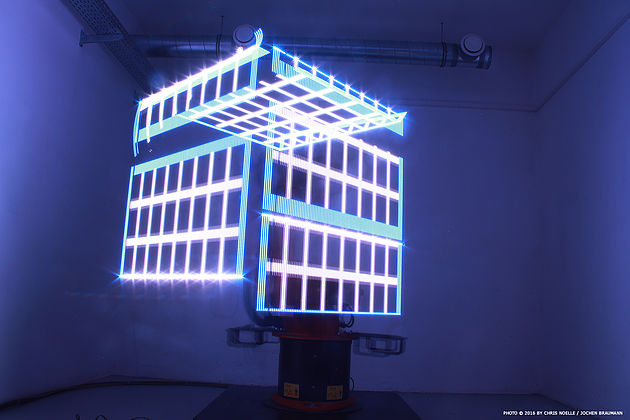 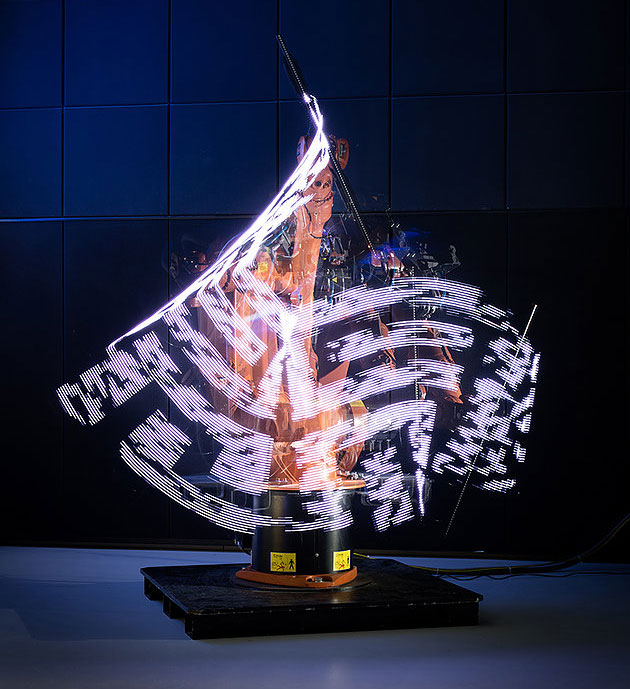 Chris and his team get full marks for both ambition and execution here. Mounting pixelstick to a precision-engineered robot designed for assembly lines is something even we never thought of doing with pixelstick. Check out the full story here. Amazing stuff, Chris!