There are a few key differences between using pixelstick and trying to mimic the visuals in Photoshop or After Effects, and those differences account for much of the value in choosing to take the practical path.

One of the best examples of this real environmental interaction is reflections. Whether it’s the curving body of a car or the choppy surface of a lake, faking these kind of real reflections is extremely difficult to pull off convincingly. Far easier (and more rewarding) in our opinion is to let pixelstick do its thing, spilling beautiful, organic light all through your exposure. 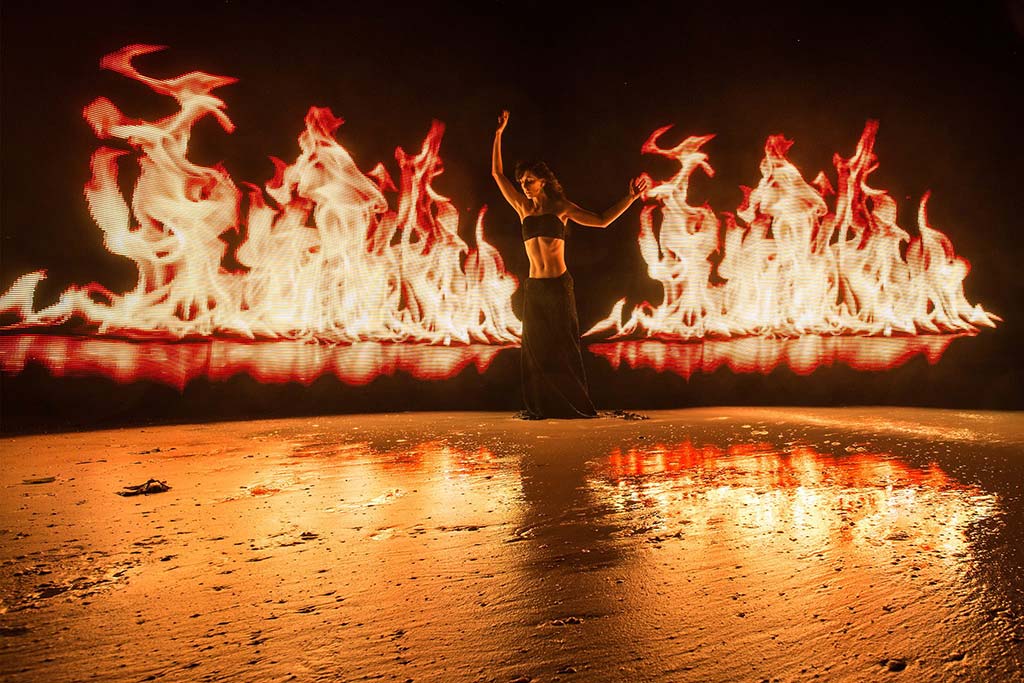 The flame image loaded onto pixelstick not only creates the realistic looking fire, but also casts a ton of lovely orange light over the dancer as well as the reflection on the ground below. Courtest of Eric Pare photography. 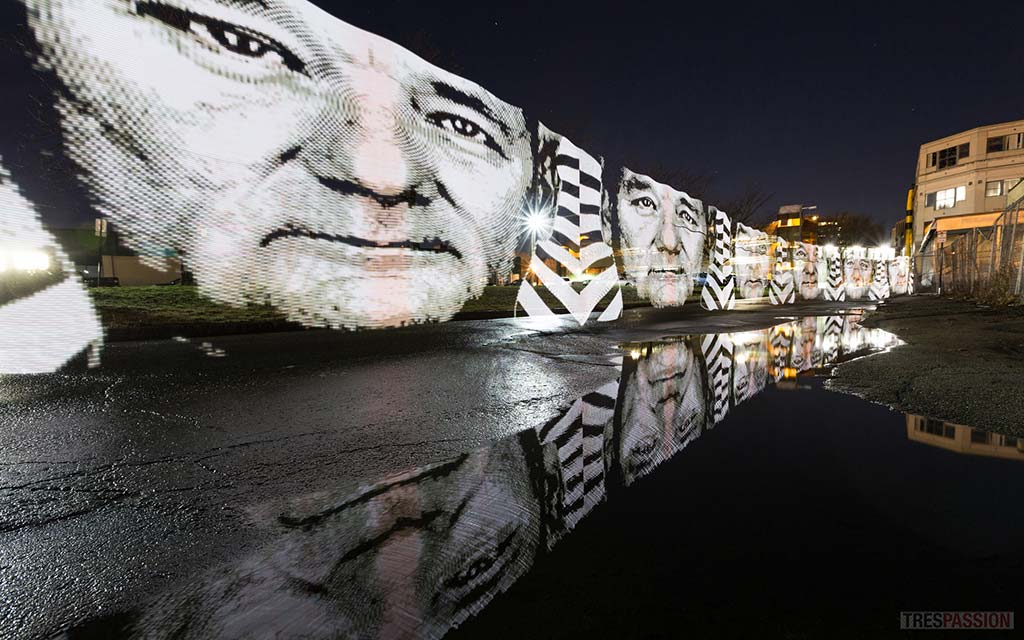 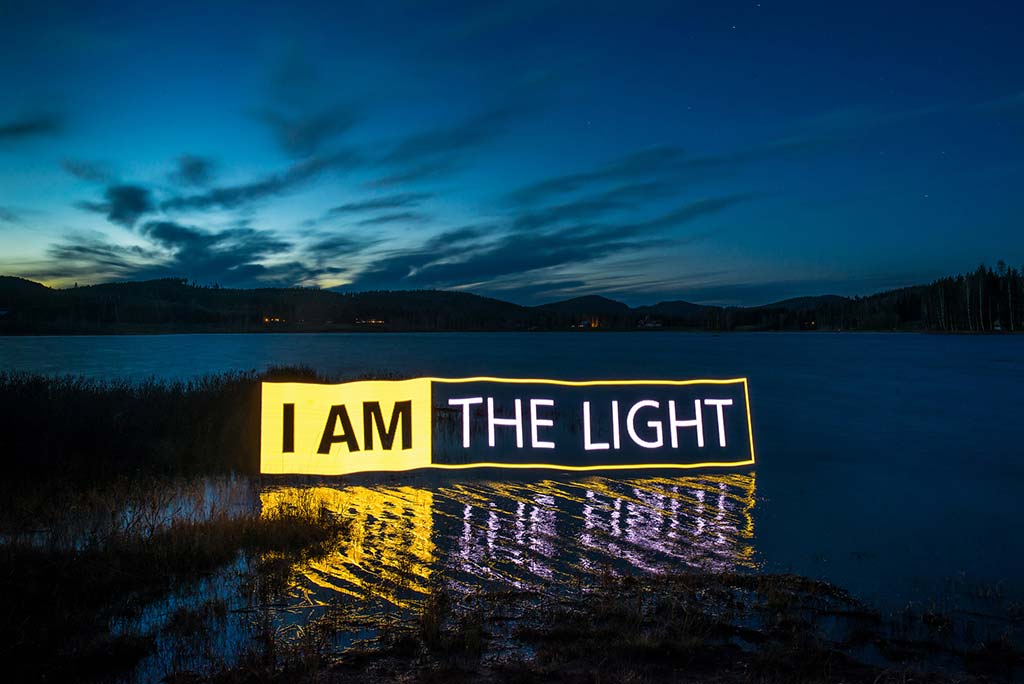 A rather simple statement that seems much more impactful when you consider that Chester Lindh almost certainly had to be wearing a set of waders to get it. Subtle but effective. Pixelstick was used to project the subaru logo onto the side of the car – pixelstick was facing away from the camera so you don’t see the original light, just the reflection. Courtesy of Jeremy Kinney. In honor of Back to the Future day, Elton McAleer did a triple pixelstick shot, striping two separate flame tracks walking away from the camera and then the back of a delorean walking square to camera. Nicely done! 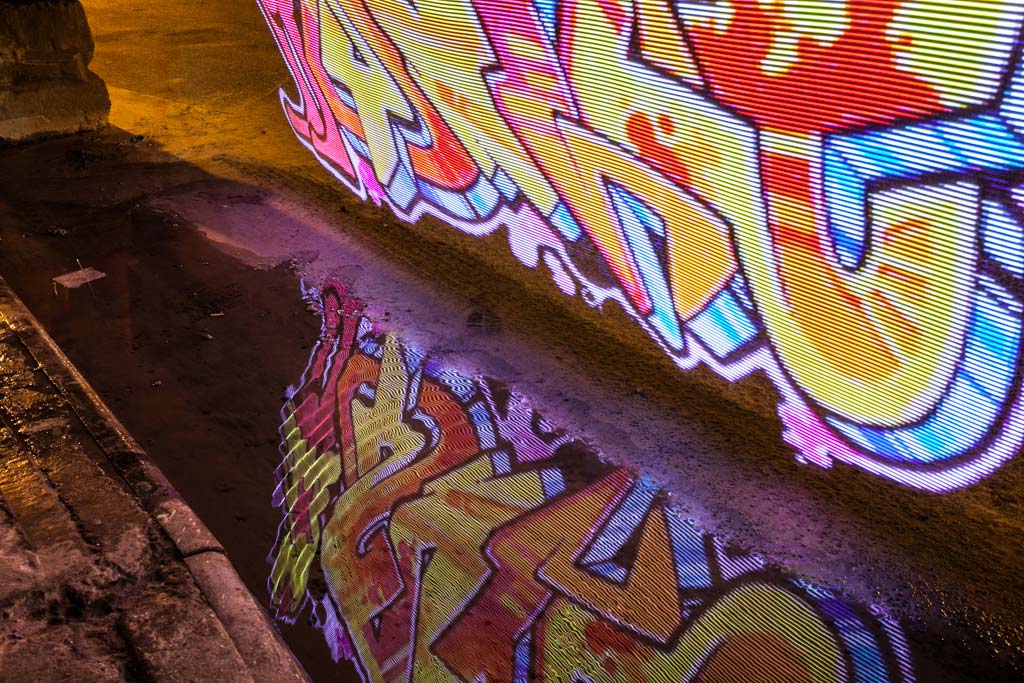 A little bit of graffiti peeking up from a puddle. This was shot with no diffuser in front the LEDs, so each horizontal line looks very discrete. 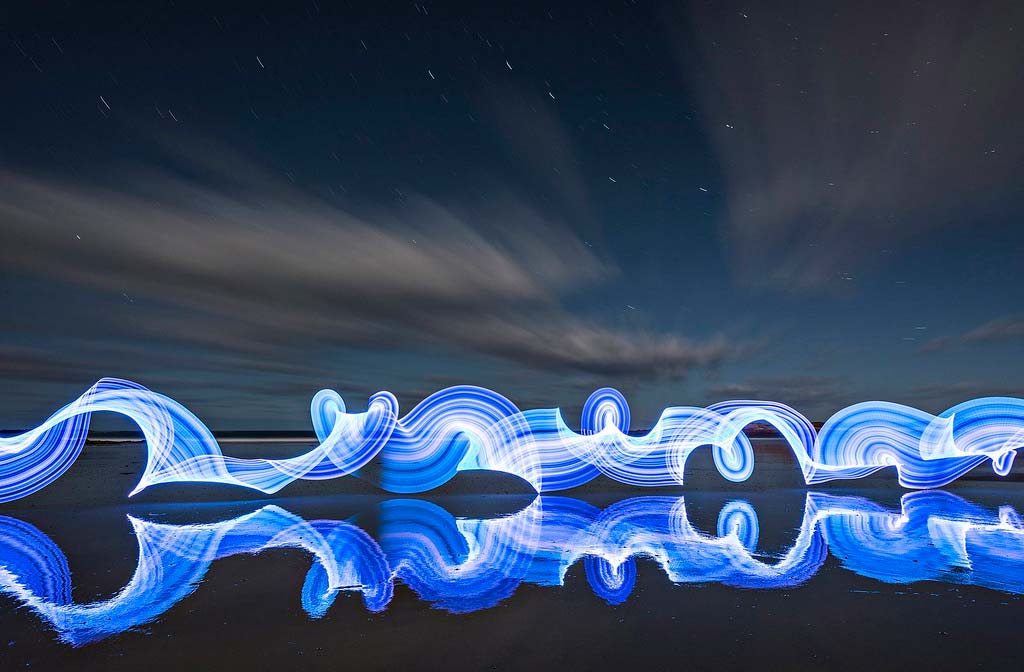 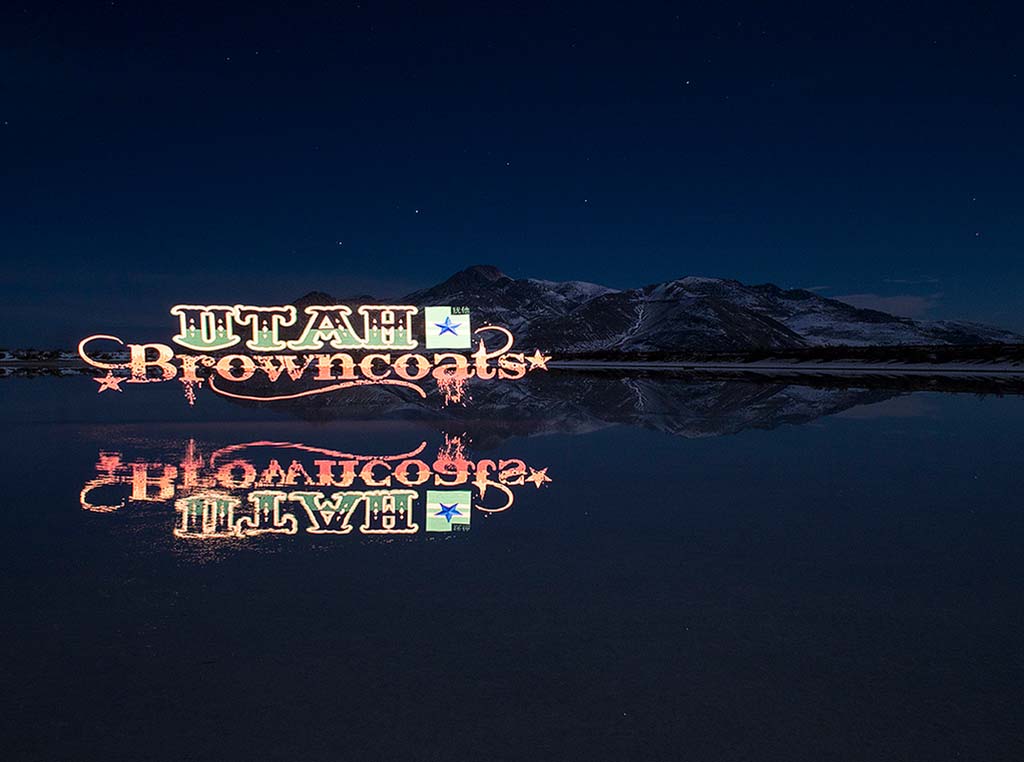 Another great one from Halo Cure at the Bonneville Salt Flats. 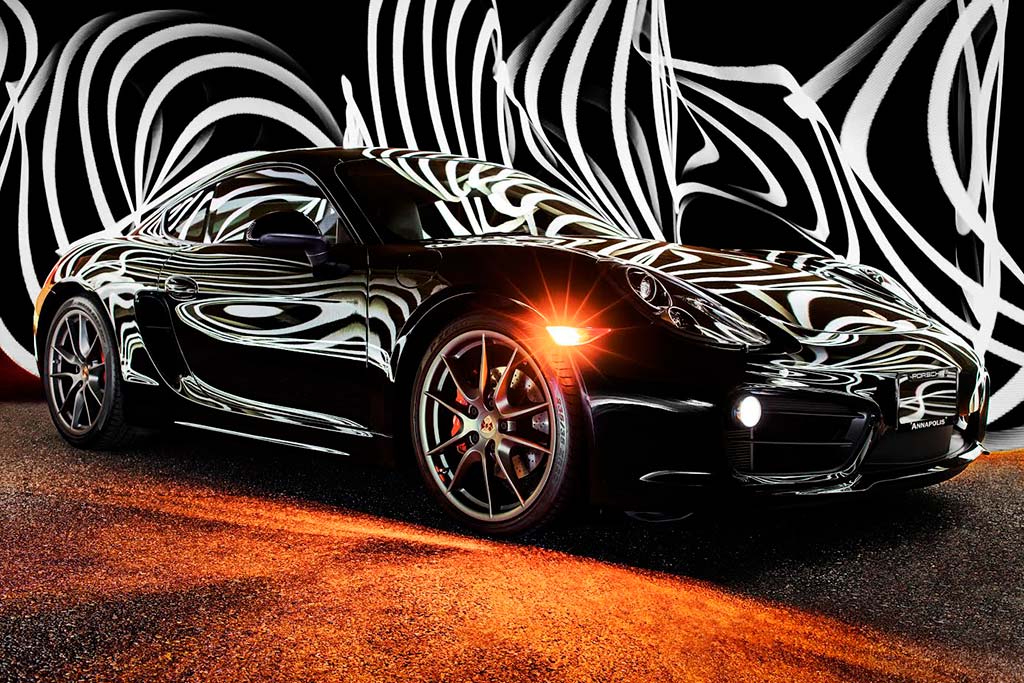 Clint Fleming showcases the power of reflection on the complex surface of a car. 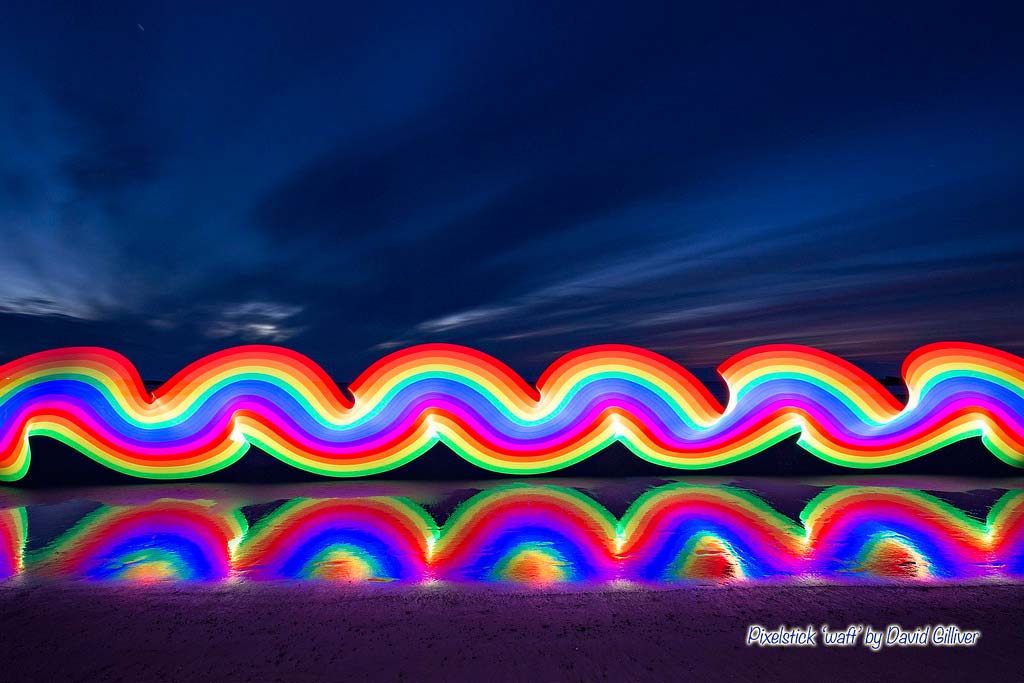 Another great ribbon from Kevin LaJoie – same location as before, slightly different angle, and a more straightforward ribbon shape. 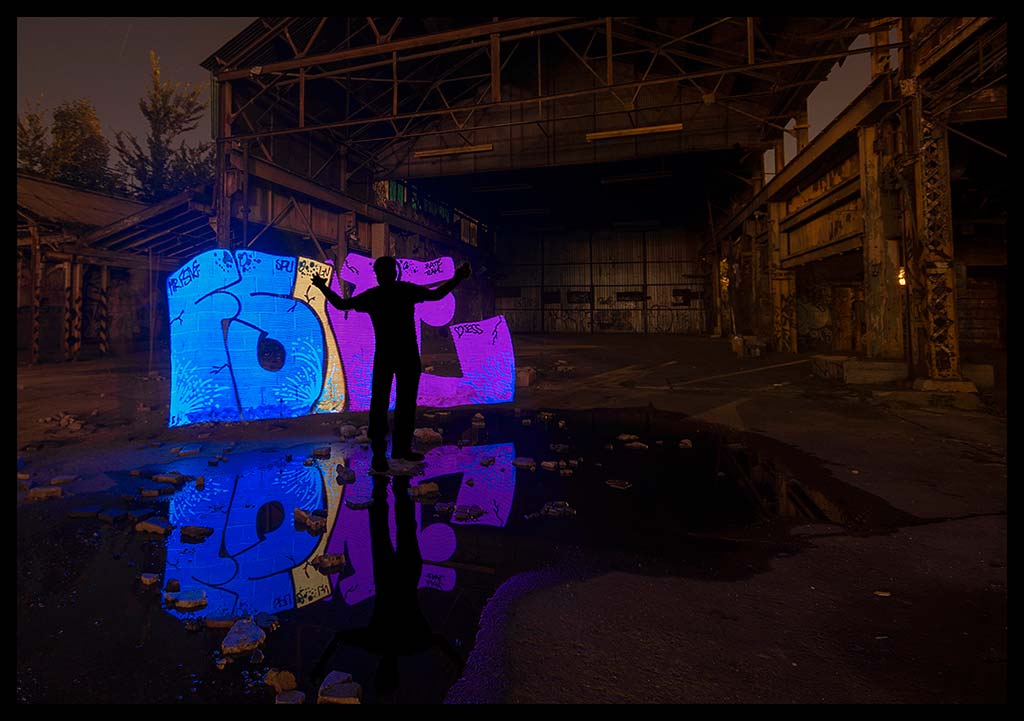 The beginning of the Silhouette Graffiti Selfie craze? 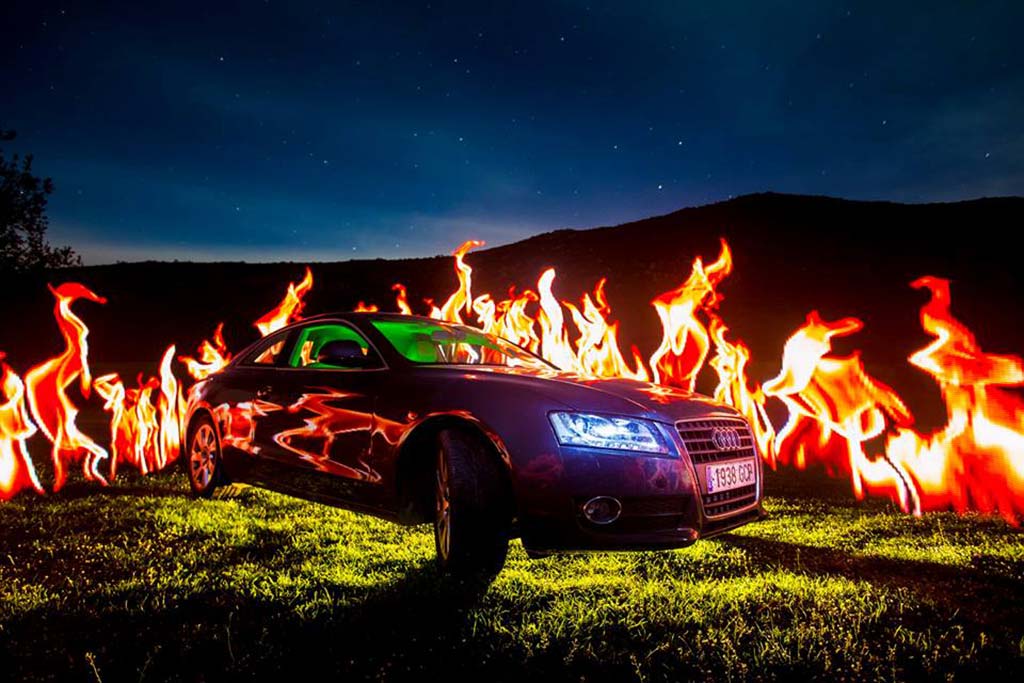 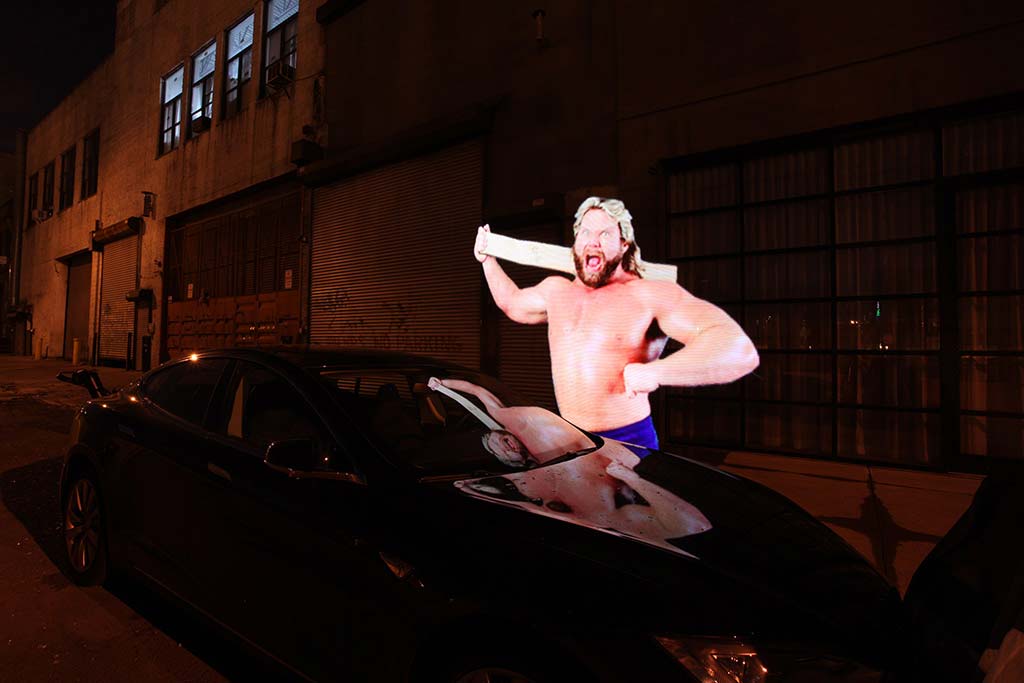 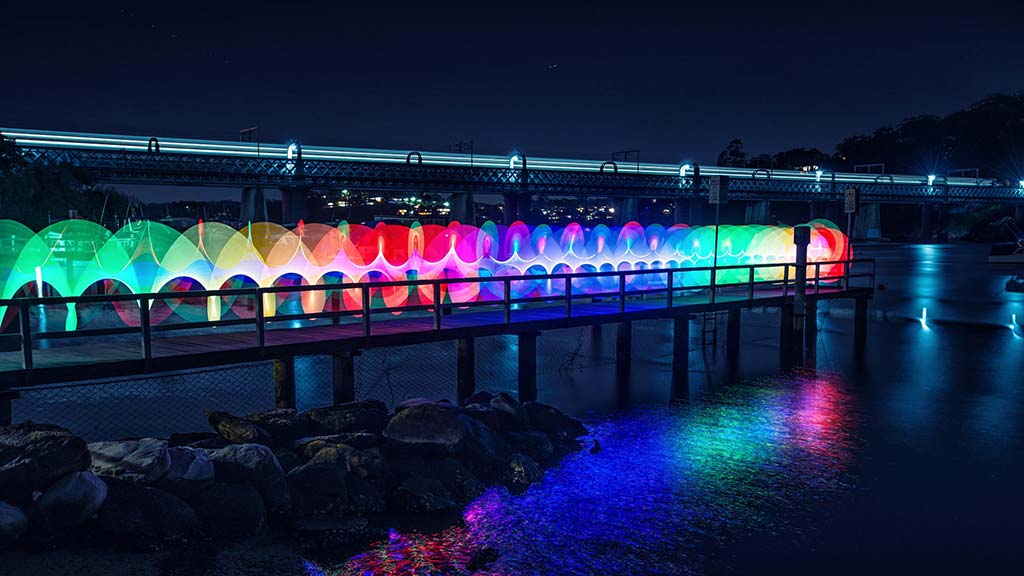 On the pier with Alexander Kesselaar. 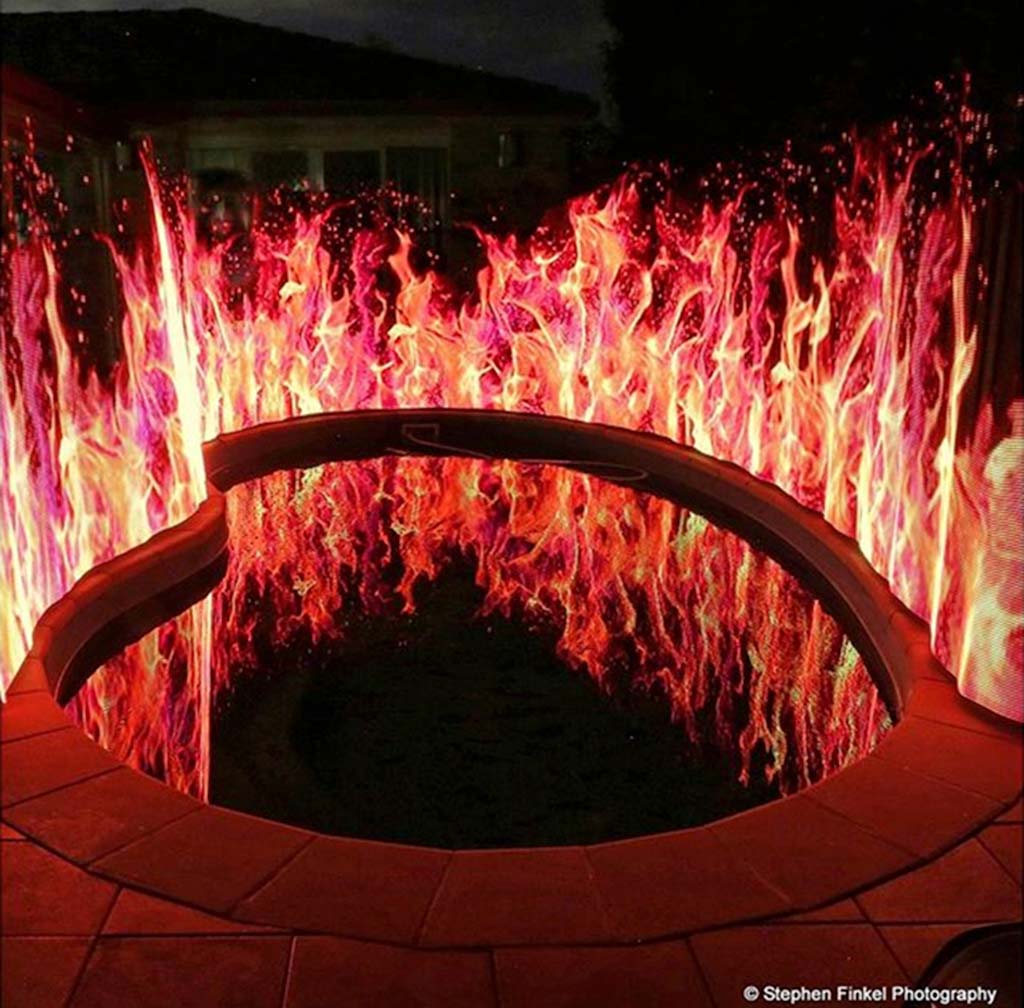 Around the pool with Steven Finkel. A great fire image with some sparks and extra stuff on the top that makes it looks especially realistic. Because it wraps around an irregularly shaped reflecting surface it would be especially difficult to simulate the reflections here. 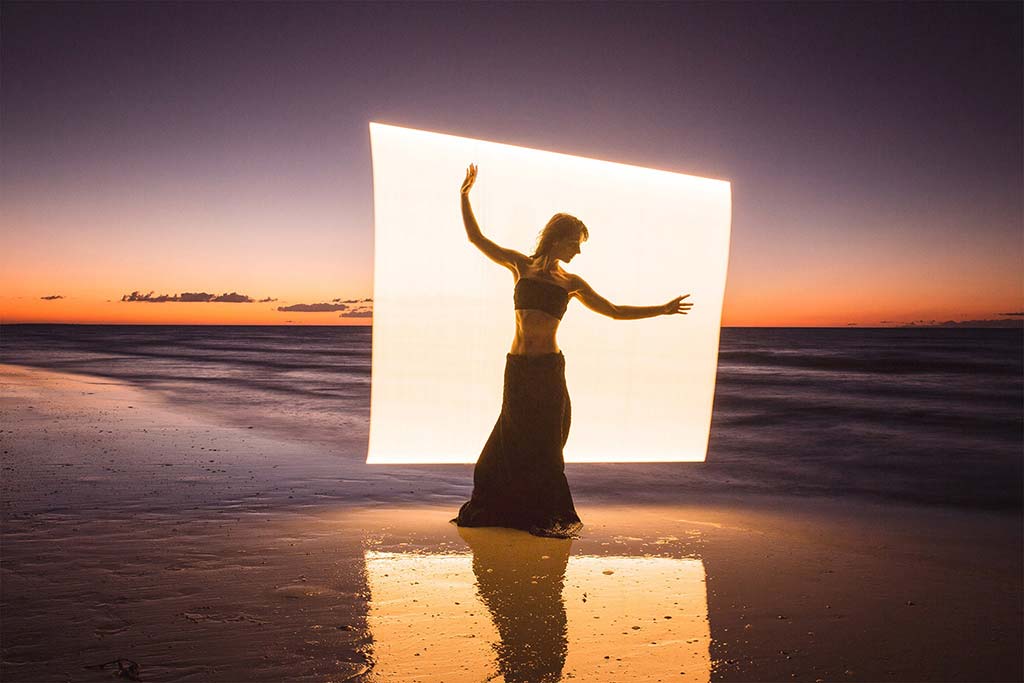 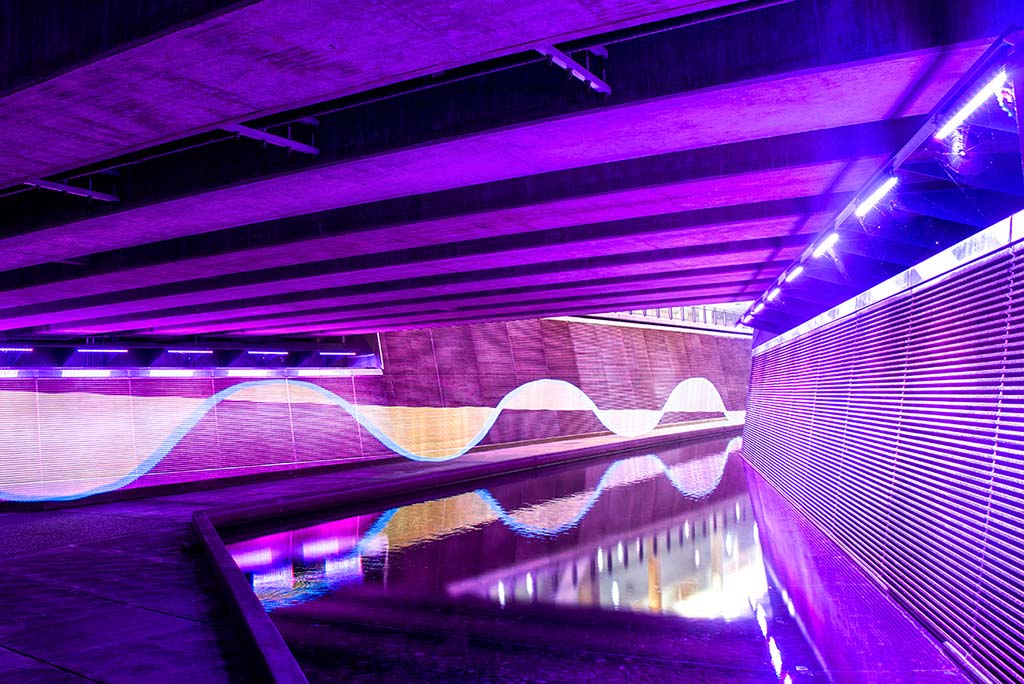 Drew Nelson shooting…something….somewhere. No idea what or where but it’s awesome. 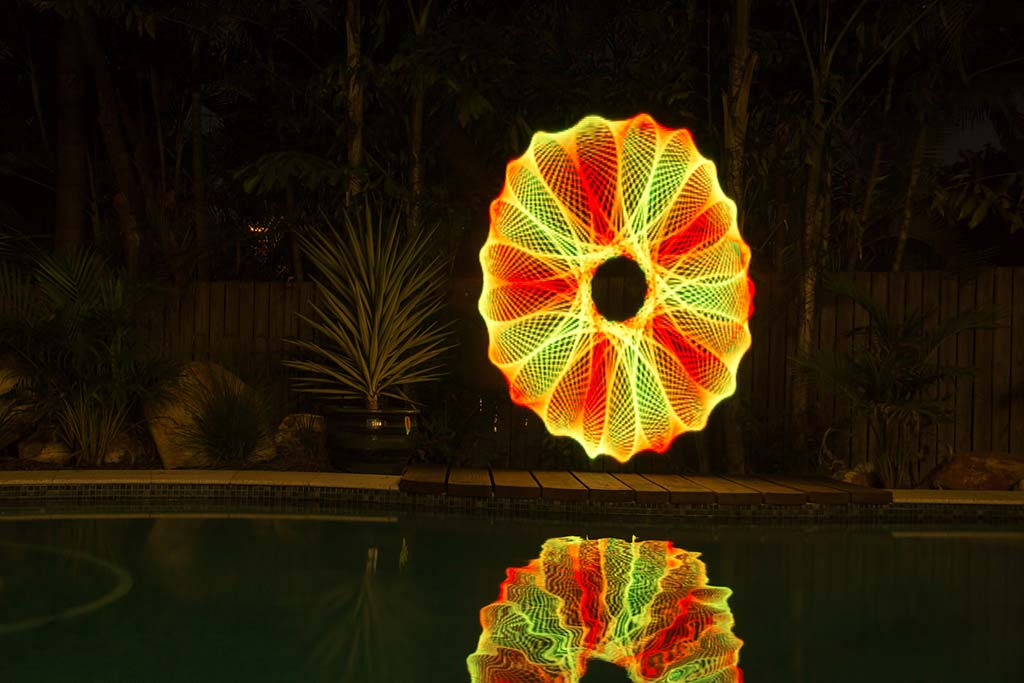 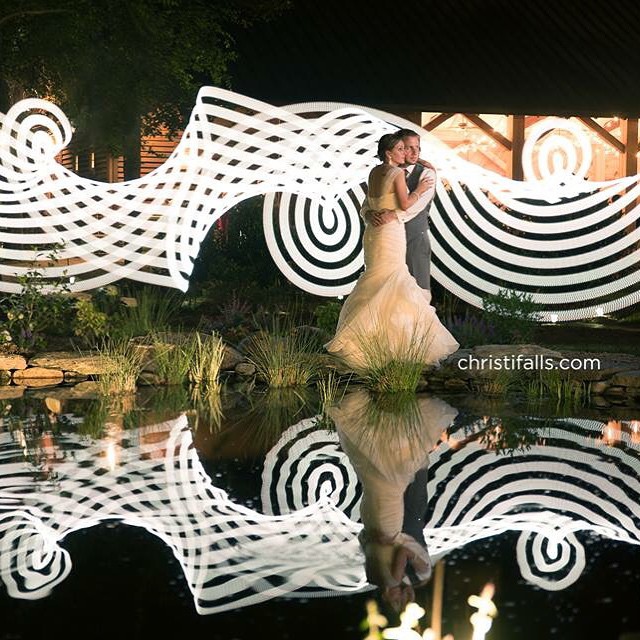 The Bridge and Groom looking reflective. Courtesy of Christ Falls. 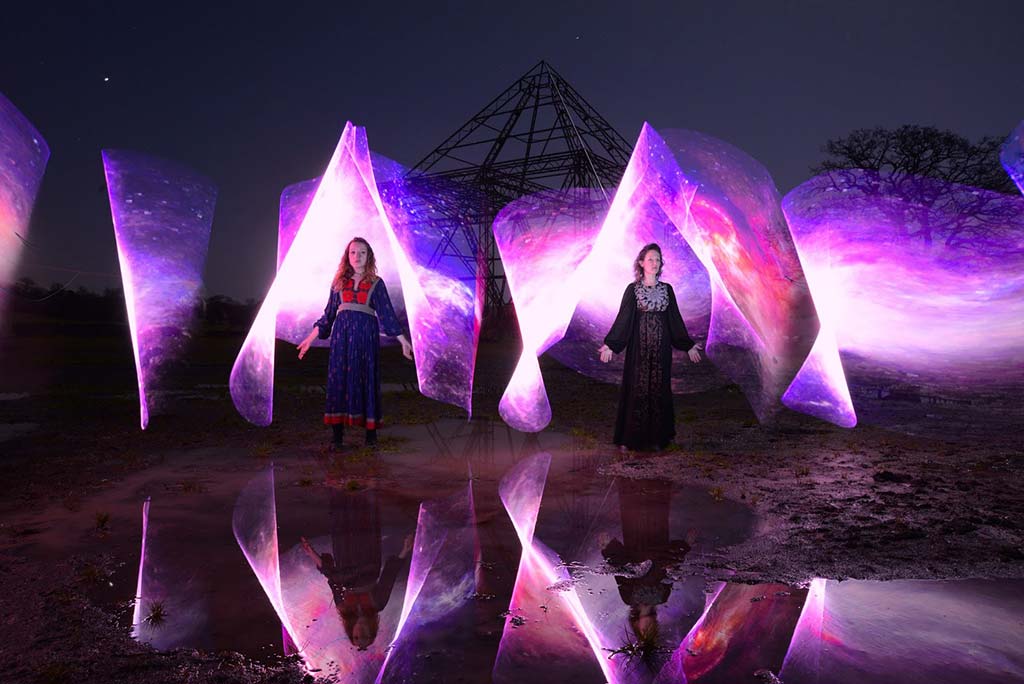 Not totally sure what’s going on here but we like it. Courtesy of Krumble creations. 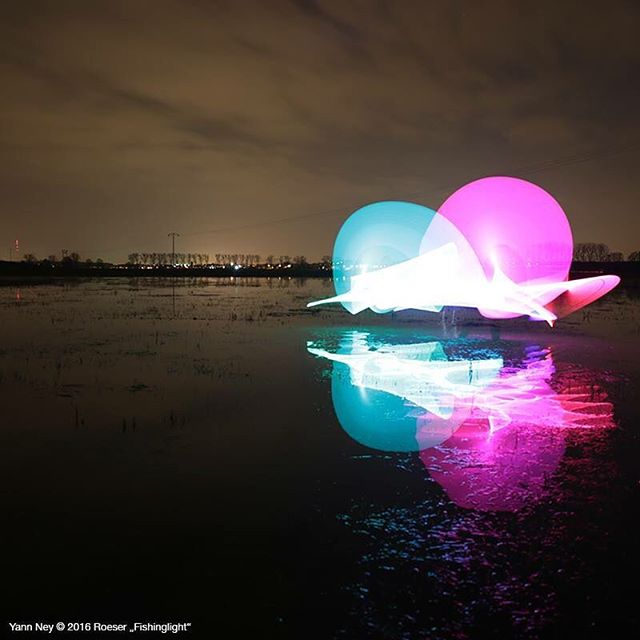 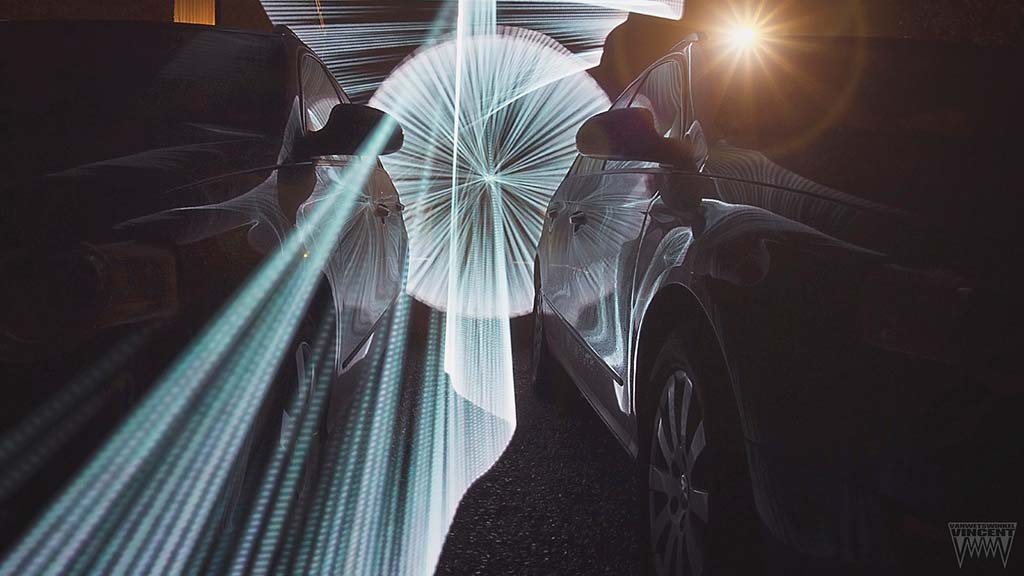 Vincent Vanwetswinkel brings us this rather unique shot with cars, ribbons, spins, and reflections. 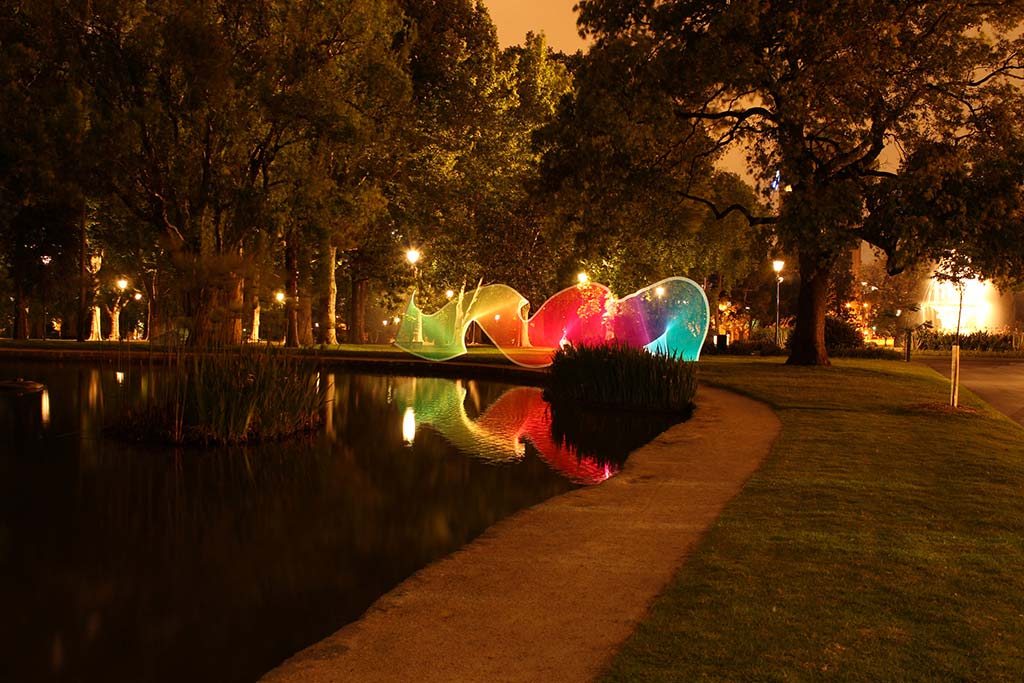 A moody shot from Coesy 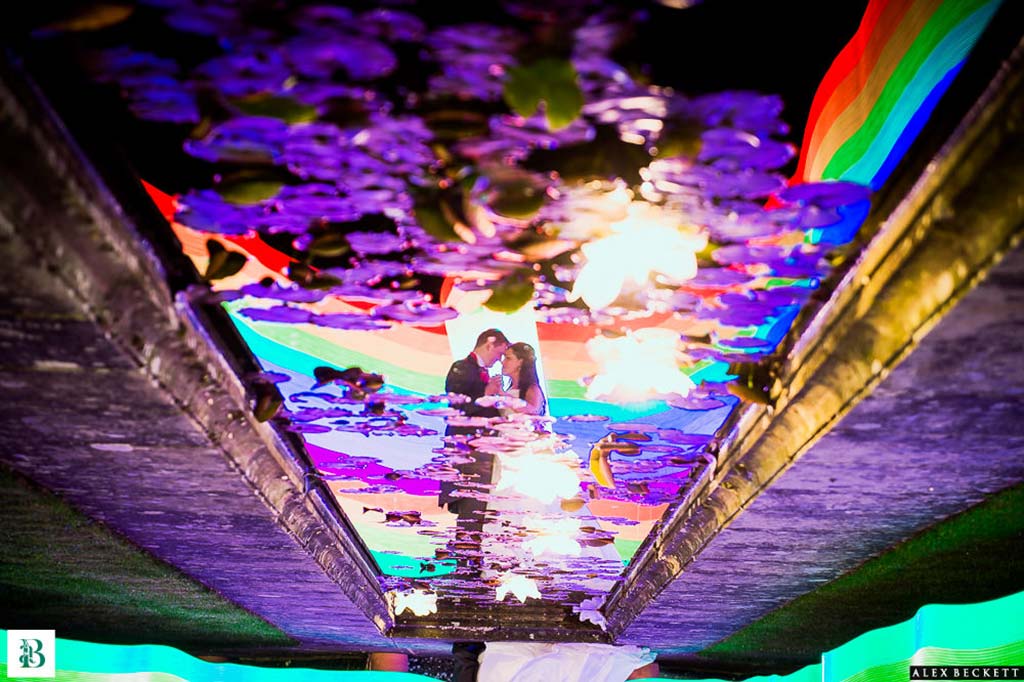