When we first began shooting with pixelstick and feeling out new techniques, we were excited to try spinning pixelstick like a propellor to see how it looked. As usual, pixelstick delivered, and we found the images produced with this method can be both interesting and unpredictable, with lots of varied outcomes based on how the selected image is constructed, how centered the spin is, and how fast or slow pixelstick is spun. We added a spin sleeve to the kit near the end of the prototyping phase because we realized people would want a simple way to get well-centered, compelling results when spinning their pixelstick. The sleeve allows for smooth spinning when held and works even better when clamped to a lightstand. We went on to employ the technique several times in our Kickstarter video, and since we began shipping last year, many pixelstick users around the world have as well.

Simple, geometric images work surprisingly well, though there’s always an element of try-and-see when determining what will look good. Unless you’re a trigonometric genius, it can be a bit difficult to tell what’s going to happen until you shoot it. Consider the relatively simple image below, consisting of overlapping white rings with a subtle drop shadow for depth. This unremarkable image produces some very cool results that vary greatly depending on speed of rotation.

In the same vein, we spun the inset image below (a bunch of simple overlapping polygons) over a series of long exposures, gradually increasing the speed each time. The effect speaks for itself, though it should be noted that we shot this before adding color correction routines, which is how the white squares ended up with a purplish cast.

But still images can be just as cool as animations – below are a few we’ve done ourselves and some of our favorites from the community at large. This particular image did not allow for any overlap, lest the shape get jumbled – luckily we nailed it on the first try.

A very active pixelstick spinner is Sean Rowley of Raging River Studios, whose dedication to creating geometric spun art with pixelstick rivals just about anyone we’ve seen so far. Sean has been shooting regularly for some time now, never failing to share his results with the rest of the community and also supply the custom bitmaps he’s creating so that other pixelstickers can try their hand. Thanks, Sean! 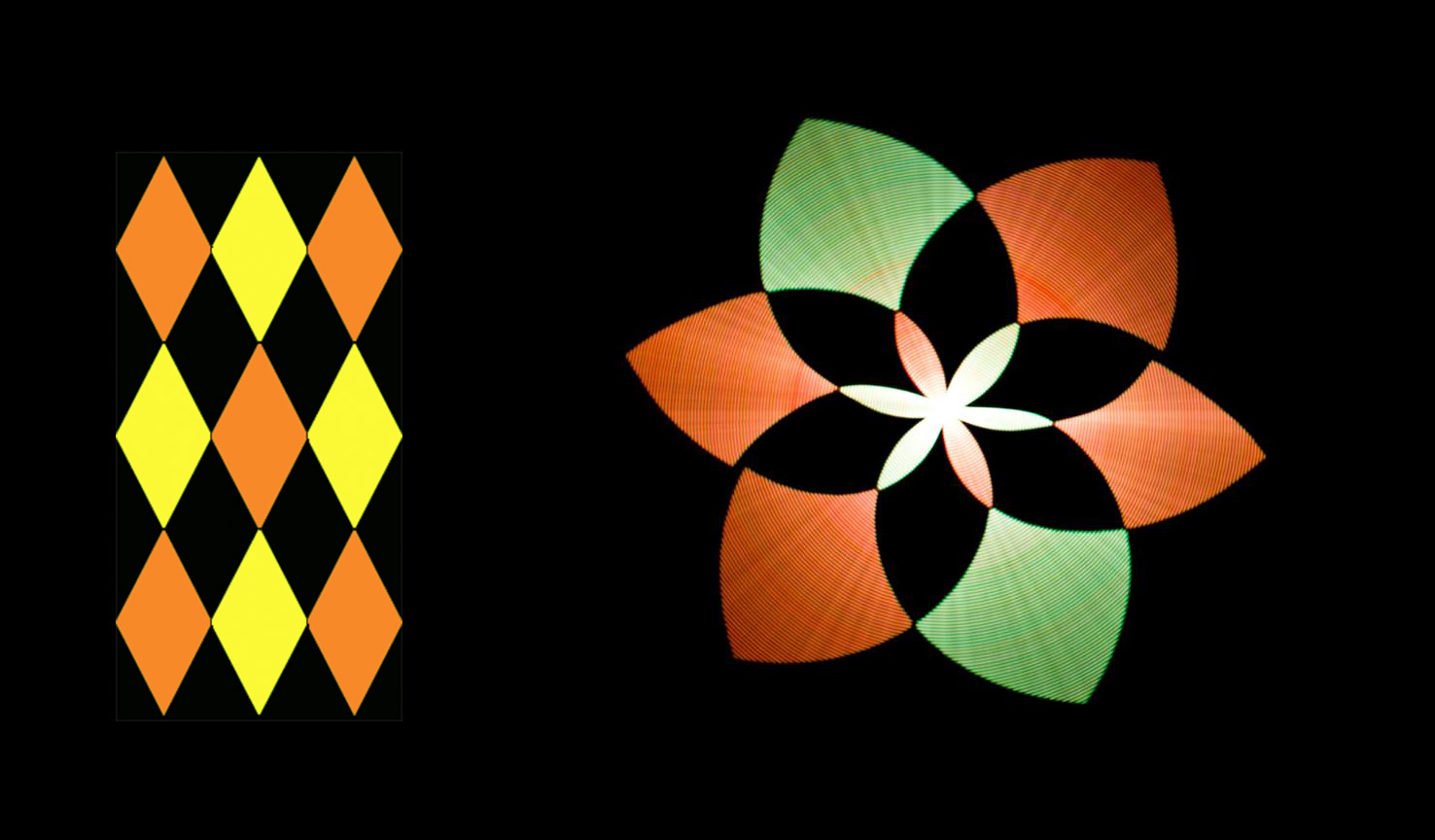 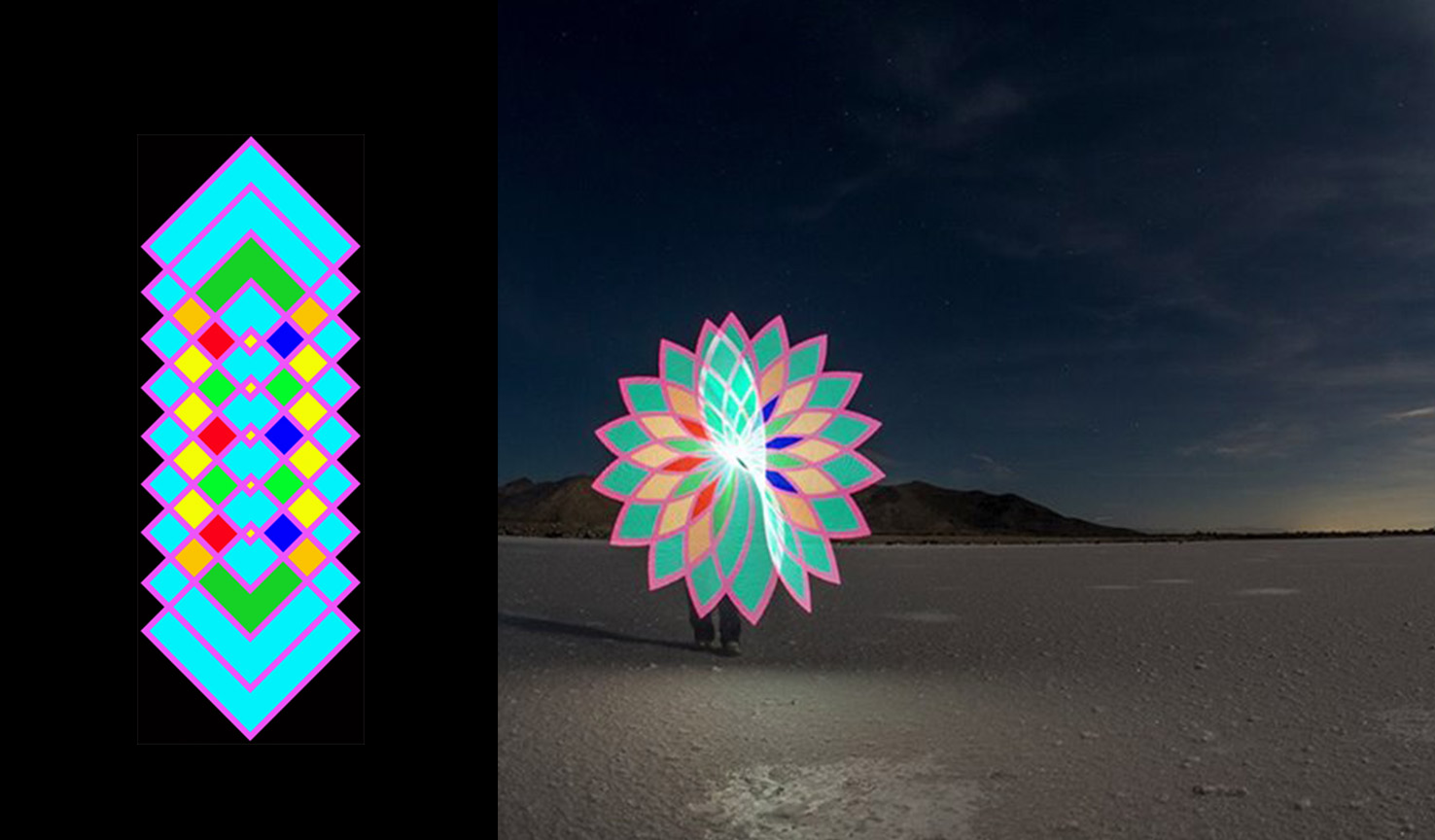 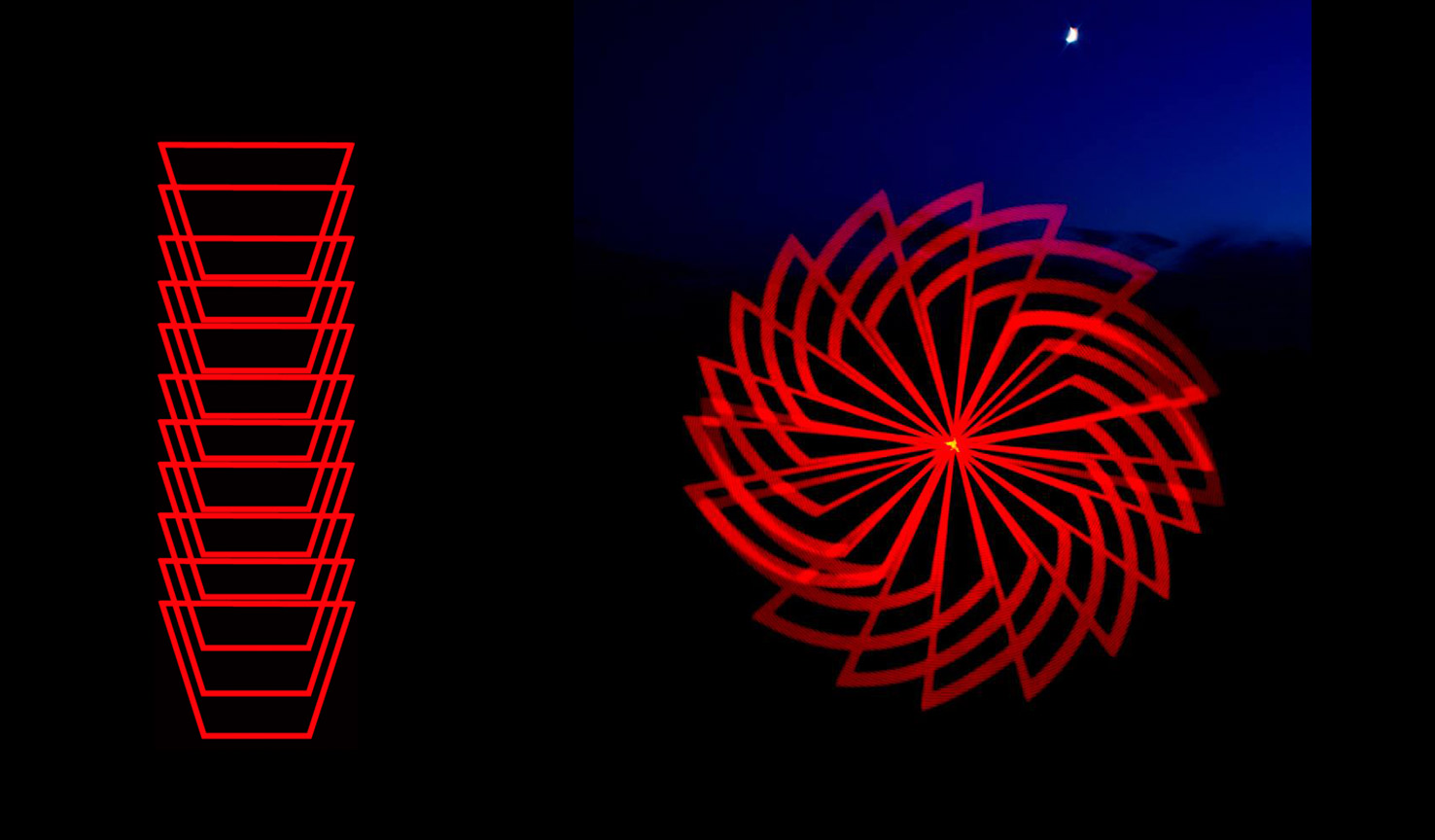 For the below animations we ran stitched individual long exposures into an animated timelapse. It made for great beatmatching when we put it to music! You can see that the edges of the artwork are feathered – this was something we found helped quite a bit when the image was going to

Some of the most unique spin work in the pixelstick community is being done by Mart Barras, who prolifically creates interesting and unusual compositions that mix in a variety of lightpainting technique. More of Mart’s excellent work can be found on his Flickr page. 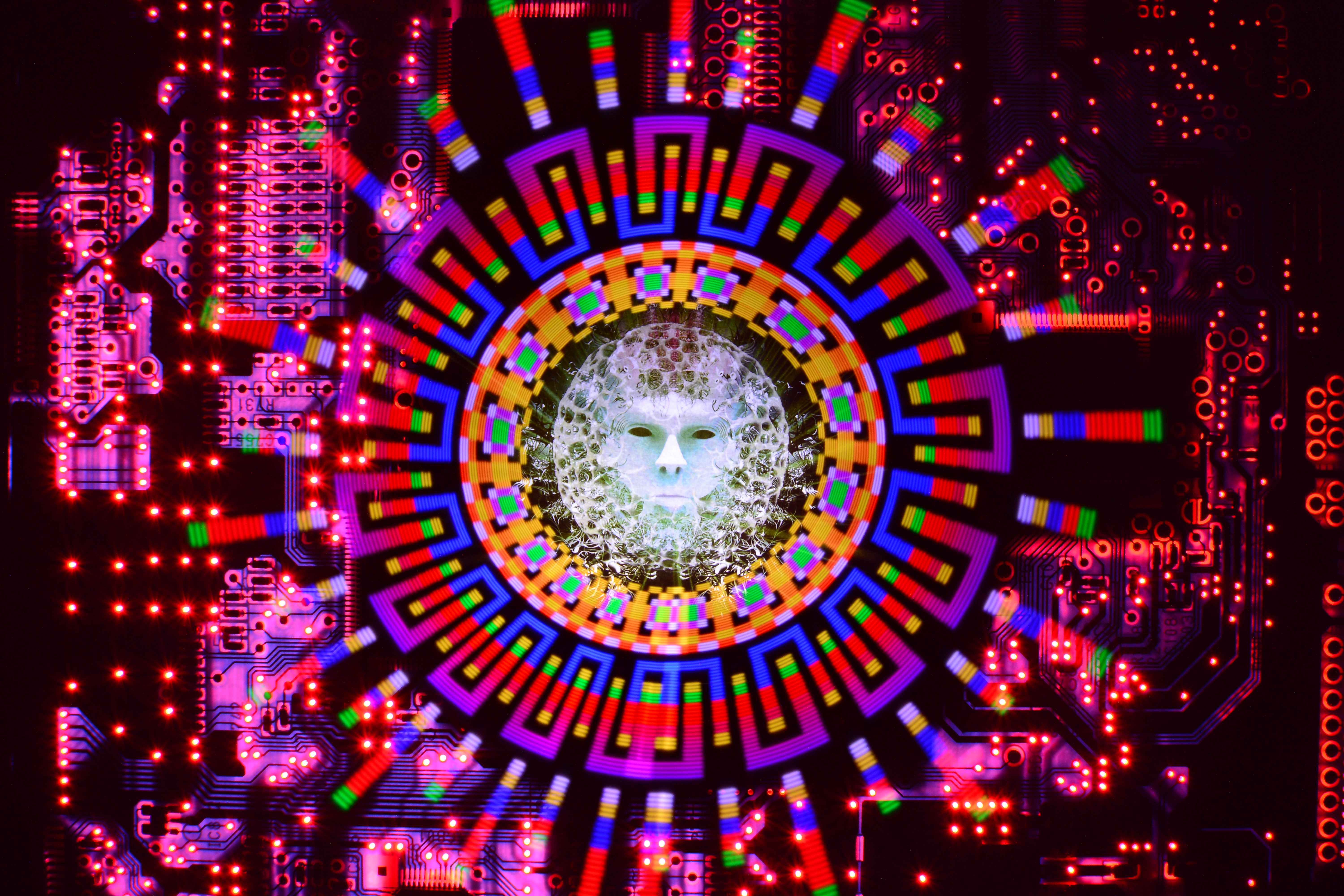 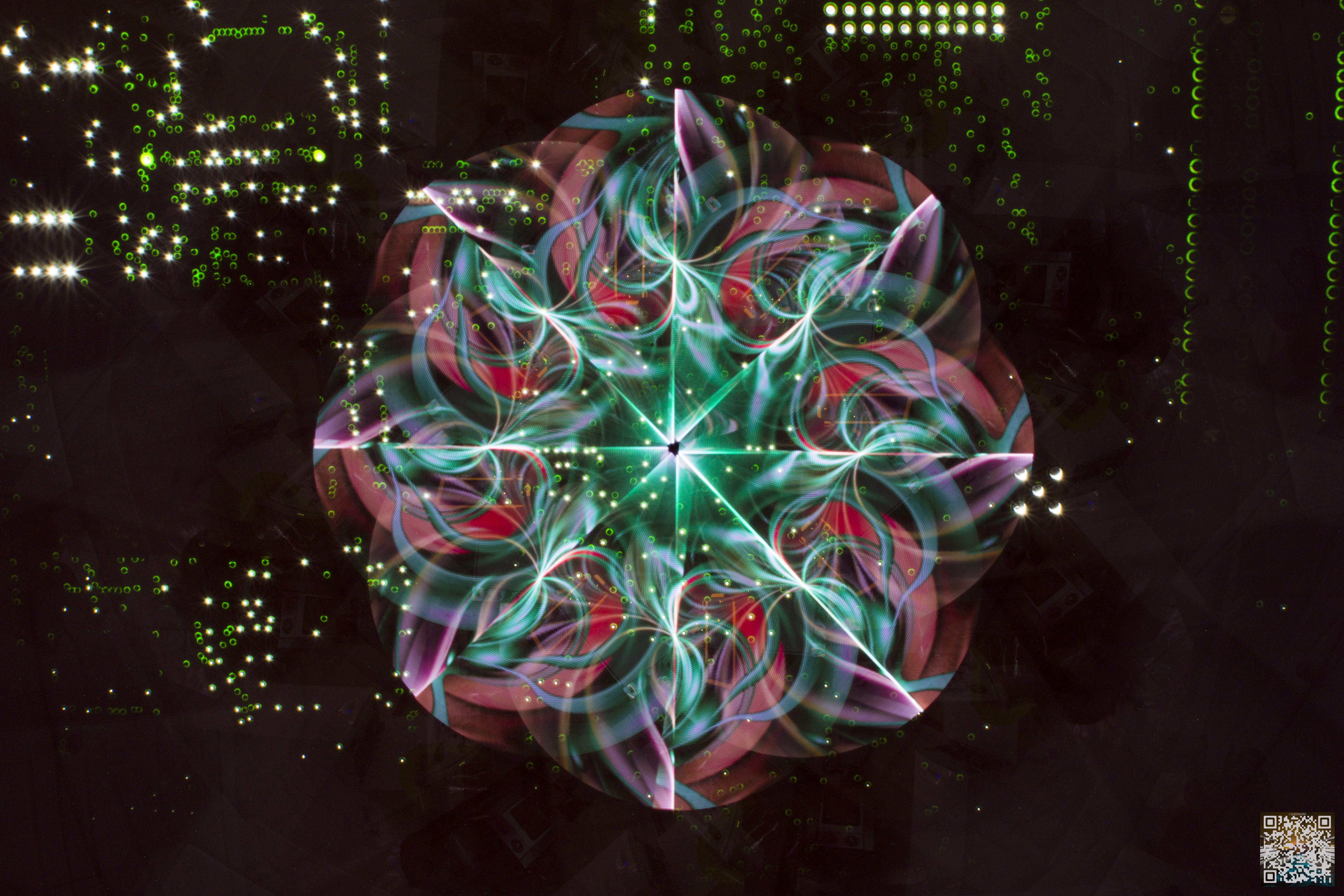 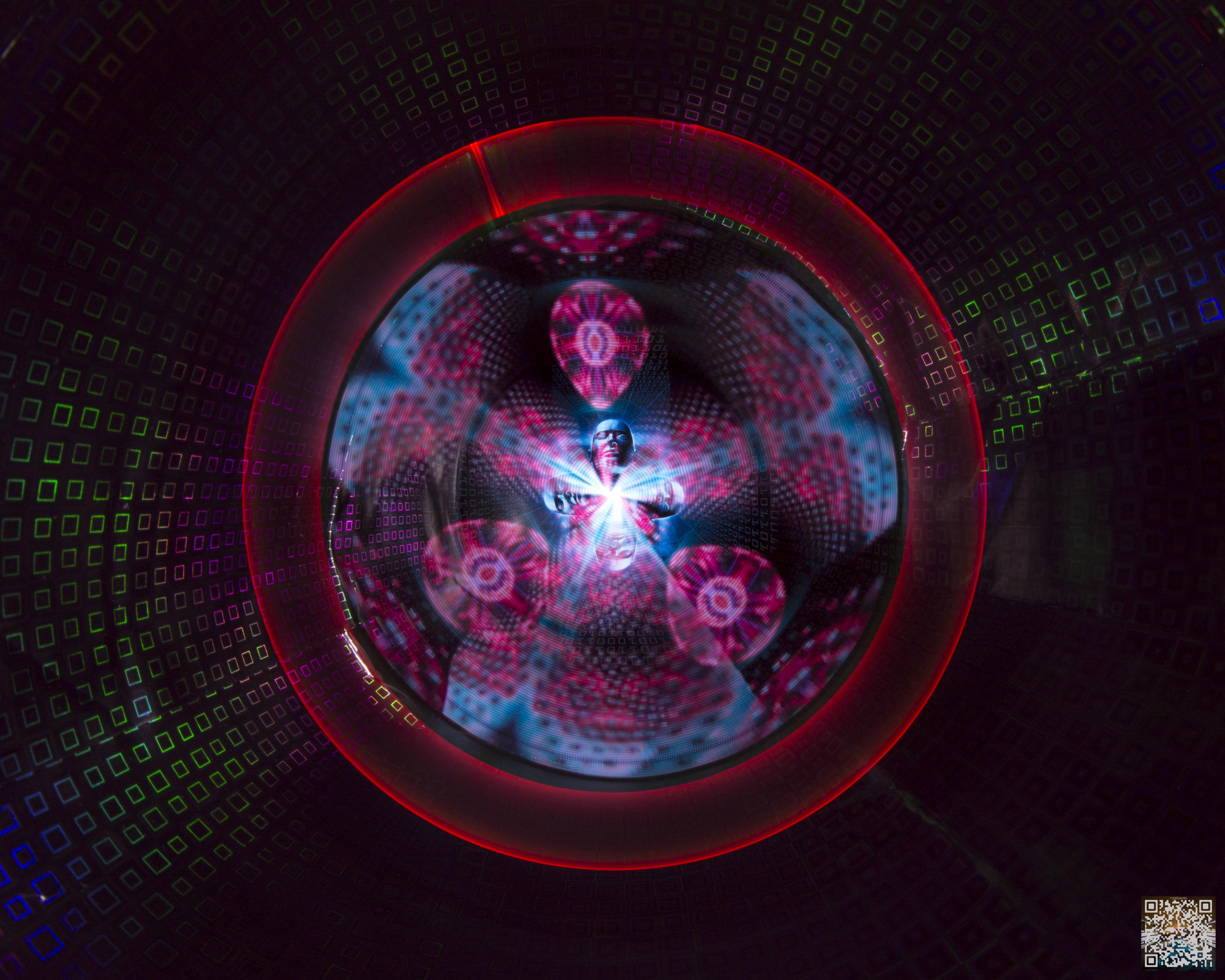 Spinning is just one of the many tools available to pixelstickers, and we’ve seen it used by hobbyists out having fun and pro shooters of every kind. The key to getting great results lie in patience and a willingness to experiment.